The best beaches in Albufeira

It is not without reason that the Algarve is known as the king of beaches. Can you tell me which beaches are present in Albufeira? If your answer is yes, be sure to check this list, because I bet you missed some names. Here I present you some of the beaches present in this maritime paradise.

This beach can also be called Praia dos Tomates, due to the agricultural fields installed there. The path to the beach follows along cultivated fields, greenhouses and pastures, as well as ancient traces of the agricultural use of the valley. Between the beach and the valley are quite ravinated rock formations, where dense patches of pine forest mix with the dryland orchards, where critters abound in these woods, such as rabbits, foxes and many birds.

The sandy beach is 6km long, carved out of sand and clay, where the rain creates sinuous reliefs that eventually become deep ravines. It is the wear and tear of this rock that feeds the sand supplying the beach. On these cliffs it is possible to find typical dune plants such as the sea daffodil, sea kale, clover, and sea thistle.

On this beach we find some very soft cliffs carved out of sand and clay that stretch as far as the municipality of Loulé. There are plenty of stone pines and typical coastal scrubland plants, such as junipers, present in this area, which sometimes appear suspended on the edge of small chasms caused by landslides. The beach is wide and has a continuous stretch of sand, interrupted only by the Vilamoura marina.

In the village of Olhos d'Água we find Olhos d'Água beach, the land of fishermen who still today occupy the sand with their small fishing boats. It was due to the fresh water springs that can be found on the sand that the village and the beach were so named. The water eyes are visible by the sea, when the tide is low at the extreme east of the beach. Another element that distinguishes Olhos d'Água is the fact that you can observe marine life in the intertidal strip: limpets, whelks, barnacles, small gurnards, anemones, and colored algae.

A patch of pine forest surrounds the beach, while the predominant species on the sand are sea fennel and wormleaf saltwort. The beach is wide, framed by cliffs polished by the sea at the base and gouged by the rains at the top. Due to the highly eroded rock formations, these offer shelters and curious shapes such as potholes and arches. There is a footpath that runs along the crest of the cliffs to Olhos d'Água Beach.

The colors of this place are based on greenish tones and sea-blues, showing the contrast between the beach and the dense woods of stone pines in that area. The cliffs are located on the edge of small abysses generated by the landslides on the cliffs that are quite ravined upon by rainwater. On the beach, the cliff is polished and worn down by the action of the water line. The beach is wide, with many nice nooks and crannies designed by the rock formations. A line of tall palm trees flanks a small promenade in the central section of the beach. To the east, you can see the continuous line of white and red cliffs of Praia da Falésia.

This beach has a length of sand of 1 km, and is very diversified. To the west is where you will find the tourist equipment. To get there, you have to go through the village, crossing the streets and small squares where the esplanades are. To the east, passing Pedra dos Bicos, (a rocky formation that advances into the sea), the beach becomes progressively more peaceful.

This sandy beach lies between cliffs and forms a tranquil rock pool, where you can enjoy the panorama of the Vilamoura coastline. It is possible to take a walk along the rocky platform at the base of the cliff, where you reach a trail that goes along the top of the cliff, reaching the sand of Forte de S. João. The cliff is totally worn away, with several caves and potholes. There is an abundance of vegetation here, where you can find scrubland plants such as the dwarf fan palm, as well as sea orach and wormleaf saltwort.

This beach is located before the Inatel Beach. Before Inatel's installations, there was a factory where the owners were of German nationality, hence the name Praia dos Alemães (German Beach). With the installation of Inatel, this area is now called Inatel Beach while the rest of the beach continues with the same name. This beach has almost the same characteristics as the Inatel Beach, with the difference that it is calmer and not so urbanized.

This beach has this name due to the facilities of the Inatel Hotel that are located in the central pathway of the sand, set on a rocky balcony over the sea. The beach is long, with steep cliffs where there is an abundance of wormleaf saltwort and saltwort. The top of the cliffs has a promenade that offers several places to stay and viewpoints, providing a good view of the beaches and the white houses of Albufeira. To the west you can see the beaches of Pescadores and Peneco and the village arranged in an amphitheater over the sea, and to the east are the buildings of the hotel units that dominate the landscape, and you can also see the beach of Alemães.

This beach is a continuation of Praia dos Penecos. This beach does justice to the long fishing tradition of Albufeira, and there were even fishing boats found here, which were eventually transferred to the marina of Albufeira. Next to the beach is a busy tourist zone with countless bars and restaurants. The beach is quite frequented due to its urban character.

This is the first beach east of Albufeira marina and is situated in the old center of Albufeira. On the sand we find an enormous rock formation, which is a distinctive element of the beach, where these rock formations are locally known as "penecos". To access the beach from the central sector, there is a tunnel dug through the limestone cliff, located in the alleys of the historic center.

This is a small inlet, sheltered by low and intensely sculpted cliffs, where you can see potholes, arches and caves. There are also three enormous isolated rocks disproportionate in relation to the sand, so that it can also be called Praia dos Três Penecos. The surrounding area of the beach is covered by a patch of pine forest, where you can observe the dwarf palm tree, the only native palm tree in Europe. Looking east, one can see the line of white and red cliffs of the distant Praia da Falésia.

This is considered a maritime beach, which due to its tourist development got this name. It is nestled between cliffs, and its sandy beach is marked by several rocks that also emerge into the sea, giving it a picturesque environment. Due to the fractured and fissured rock formations, arches, caves, potholes and labyrinths have been created. Examples of these formations are the Little Bridge and the Swallow's Nest.

There are many educational elements along the agricultural fields on the way to the beach, there are olive and carob trees of centenary appearance. About 100m from the beach are numerous coastal scrublands, with juniper, Kermes oak, mastic trees and dwarf palm trees (the only palm tree native to Europe). Once on the beach, the visitor comes across a small cove protected by high rocky walls, with Alto da Coelha to the east (east). On the cliffs are visible marine fossils, as well as caves and galleries resulting from the erosion of fresh and salt water on the limestone rock. It is possible to climb the cliffs using a wooden staircase that starts on the beach.

This beach is nestled between rocky walls, unfolding into hidden corners and small coves. This beach was designated Castle Beach because of its scenic rock formation that resembles the battlements of a fantasy castle. In the surroundings of the beach the green of the pine forests dominates, as well as the wormleaf saltwort, saltwort and sea fennel. The walks here are favored, discovering small coves, algae and caves, due to the erosion of the rocks.

This beach is located between low and jagged cliffs, being of rocky style. The sand is framed by vegetation mostly of stone pines, mastic trees and enormous pyrites and closer to the real, the wattle and daub dominates. In the water, we recommend the walks with mask and fins through the rocky blocks, where you can observe the marine life of the region.

This beach is at the eastern end of the sandy bay of Armação de Pera and has natural shelters and nooks for bathers through the rock formations that emerge there. Also to the west are the typical plants of the dunes, such as the starling, the carnation, and the aromatic evergreen. To the east, the rock formations dominate, and an area of stone pines crowns the orange cliff.

This is a continuation of Praia Grande, a wetland that is formed at the end of the Ribeira de Espiche. To the west you can see the strong dunes of Praia Grande and the water mirror of the lagoon surrounded by dense vegetation, where you can see coots and in winter you can find cormorants fishing. With the wide sandy beach, there is an extensive network of walkways that pass by the mouth of the stream and over the dunes, providing long and quiet walks. 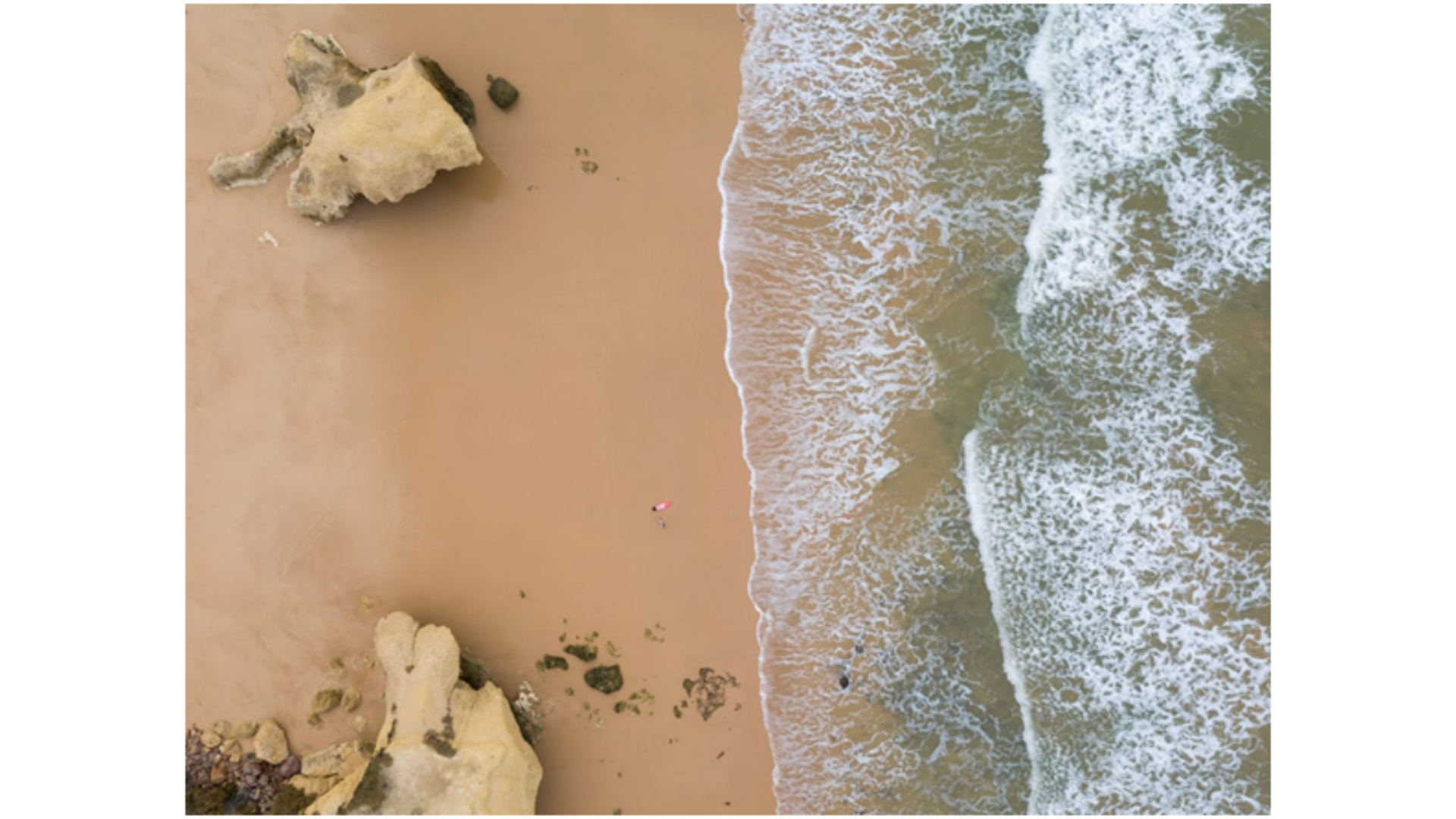 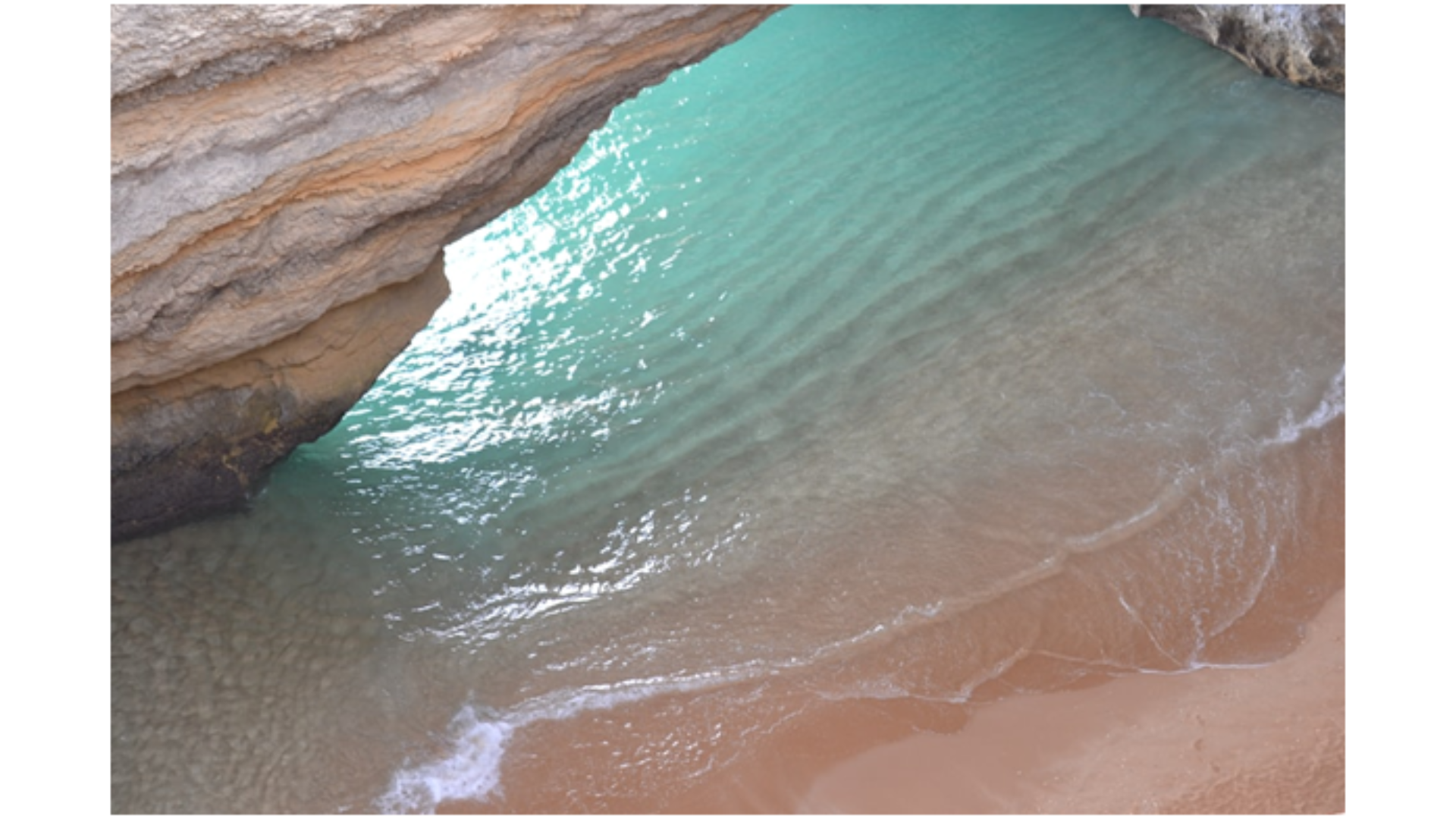 Did you know or remember all these beaches? Have you visited any of them? Do you know any more than these?